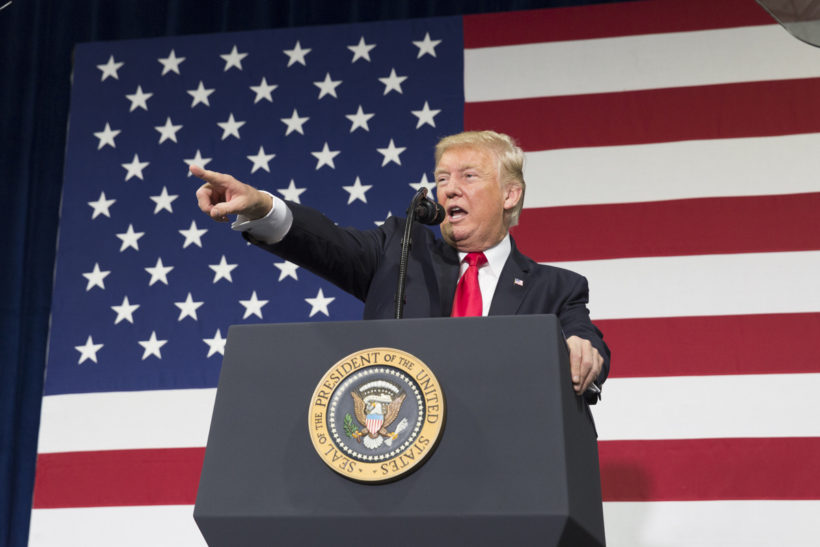 America has always been a nation that rewards entrepreneurship and hard work. When you combine a society of dreamers and doers with a dynamic free market economic system, you get a magic formula for creating wealth, and with it bettering people’s lives.

This increased living standard is a byproduct of the goods, services and technologies we bring to market.

Taxes are a necessary evil in this equation. From the perspective of the businessman, taxes retard growth and investment. Taxes mean less profit, which means less money that can be plowed back into enterprises to fuel their growth and reward their employees.

From the perspective of the individual and family, taxes mean less money in our pockets.

The main economic benefit of taxes is that that they pay for the goods and services provided by government, including our national defense, and the infrastructure that enables commerce. More broadly, stable, fiscally responsible governments mean less risk, which makes for a more attractive investment climate.

With this in mind, President Donald Trump is uniquely in tune with both the needs of the businessman and the citizen – of the macroeconomy and the people who comprise it. He has direct experience with the negative impact of high corporate tax rates as a real estate mogul, and ran for office to help Make America Great Again in part by tilting our system back towards the “forgotten man,” the people who make up the great American middle class that the Washington elite have all too often ignored.

In the time since the Great Recession, Main Street has seen Wall Street get a bailout. Meanwhile, as has been one of President Trump’s major focuses, American industry has been hollowed out, devastating large parts of the country. The end result has been growing economic inequality.

The president’s domestic agenda is all about bringing balance and fairness back to our nation. On the economic front, he wants greater wealth creation for all Americans, and intends to put the interests of American citizens first.

The president’s tax reform plan should be seen as one part of this more comprehensive vision.

Contrary to what the president’s critics have argued, the tax plan is all about removing sand from the gears of our powerful economic engine – creating more wealth for the vast majority of Americans – and giving Americans relief by letting them keep more of the money they earn.

Reducing the corporate tax rate from 35 percent to 21 percent is not about making the rich richer, but growing the middle class. First, a lower corporate tax rate makes America a more attractive place to invest capital. Greater investment in American businesses means more money to expand operations and spur research and development. The end result? More jobs, higher wages and better goods and services at lower prices. Lower tax rates will not only incentivize foreign investors to invest in the American economy, but incentivize American companies who have kept trillions of dollars overseas in lower tax countries to bring those funds back to our shores to re-invest.

Research shows by the way that corporate taxes are practically all passed on to employees – that is, salaries and wages are reduced to compensate for higher taxes. Higher corporate tax rates punish employees, not executives. Lower corporate taxes therefore do the opposite, rewarding employees.

The changes to the personal income tax brackets are also about helping the middle class, lowering their rates while getting rid of many of the loopholes and deductions that upper income earners can afford. While wealthy people on the coasts may be upset, economic policy has disproportionately benefited them for decades. If they are upset about not being able to deduct more of their state and local taxes, their real bone to pick should be with their state and local representatives who impose such high taxes, not with the federal government. Meanwhile, according to three different studies representing researchers across the political spectrum, on average, the tax bill is projected to reduce the tax burdens of every income group.

President Trump’s tax reform plan is about striking a balance between and leveling the playing field for all Americans. This is essential for both our economic growth and social unity.

An economy that grows without an expanding middle class and increasing wages is an unhealthy economy, and contributes to class warfare in our politics that poisons the country.

Trump’s tax reform plan will set us on the road to a stronger economy and a more united society by making America great again for the great American middle class.