Why I’m Against Unions At Businesses I Create 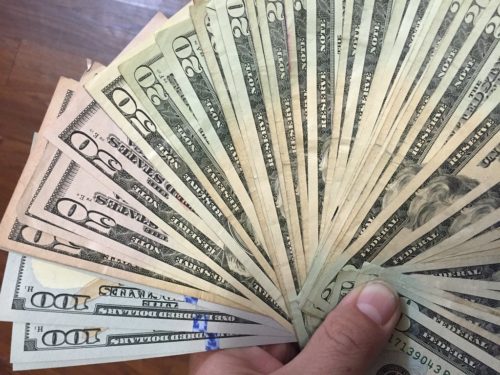 It is the Free Enterprise system that has made this country an economically wealthy and powerful nation and I enjoy participating in it.  And I like starting businesses that solve problems and create jobs.  In fact, I love it.

When a business succeeds, it’s fantastic; fantastic for the people working in the business, and fantastic for consumers who benefit from a new product or service.

But, there’s a tough reality to starting businesses:  more of them fail than succeed.  In fact, most businesses fail.  They fail because it’s hard to build a successful company.  There are always powerful forces working against you – e.g., competition, regulation, access to capital, poor execution, poor timing, bad luck.  Sometimes it turns out that your idea just won’t work.

And yet, here’s the thing:  trying to solve all the problems that a business faces is what’s fun for me, particularly when I’m doing it shoulder-to-shoulder with people who share my passion for building a successful enterprise.

Which brings me to the topic of unions.

But, I’m neither a historian nor an economist.  I’m an entrepreneur, so I’m not going to wax on about the historical imperative of unions and why they do or don’t serve a role in our modern economy.  I will, however, tell you what I know, and I know about starting and growing businesses.  I know that businesses constantly face a barrage of obstacles to survival – never mind success – and, in the face of that, everyone at the company needs to be pulling together or that company won’t make it.  I know that keeping a company growing and thriving requires focus and tireless effort by everyone.  Indeed, in my opinion, the essential esprit de corps that every successful company needs can’t exist when employees and ownership see themselves as being on opposite ends of a seesaw.  Everyone at a company – owners and employees alike – need to be sitting on the same end of the seesaw because the world is sitting on the other end.

I believe unions promote a corrosive us-against-them dynamic that destroys the esprit de corps businesses need to succeed.  And that corrosive dynamic makes no sense in my mind where an entrepreneur is staking his capital on a business that is providing jobs and promoting innovation.

That’s why the type of company that interests me is one where ownership and the employees are truly in it together, without interference from a third-party union that has its own agenda and priorities.  I’m not interested in any agenda at any company I start, other than working together to deliver something exceptional to consumers and doing it as everyone pulls shoulder-to-shoulder tackling whatever the marketplace throws at us.

It is my observation that unions exert efforts that tend to destroy the Free Enterprise system.

More Than an Interesting Read

Change at the Village PieMaker