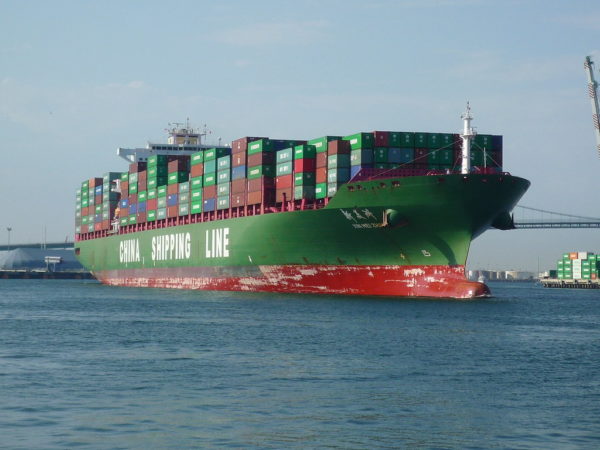 One of the theories at the heart of American foreign policy has been that economic liberalization leads to political liberalization. After all, to become an attractive trading partner, you have to have a positive business climate, which requires private property protections, the rule of law and a stable political system.

A related theory holds that democracies do not go to war with other democracies. Free nations tend to get along with each other. If these free nations are also trading partners, they have an even greater incentive to keep the peace rather than risk disturbing their commercial activities.

Over the last 70 years, America has opened up the world to trade, creating new markets for our goods and services while also leading millions of people at home and abroad out of poverty. In addition to spreading capitalism around the world, we have stood as a beacon of liberty for all who want to be free, and triumphed over tyrannical powers such as the Soviet Union.

In many cases these policies have been a boon to peace and prosperity, creating new trading partners and allies, and freeing and increasing the living standards of countless individuals. In short, these policies have served America’s national interest – with one notable exception.

During February of 1972, President Richard Nixon made his historic trip to China, marking the first time a U.S. president had visited the People’s Republic, and the dawn of a new age.

In the middle of the Cold War, the anti-Communist U.S. and Maoist China began a relationship that would come to center primarily on trade and finance, dramatically altering the global economy and geopolitics for the next four decades.

Little appreciated is how generous the U.S. was to grant China access to the global economic Bretton Woods system that America had built. After World War II, it was America that led the major monetary, regulatory and financial institutions that facilitated global commerce, and protected these global economic bonds through ensuring freedom of passage in the world’s shipping lanes and other arteries. In addition to creating the deepest and most diverse economy in the world – benefiting all of America’s trading partners – it was America that developed the advanced technologies that revolutionized industry, leading to quantum leaps in productivity worldwide. Too, it was chiefly America that sought to contain, deter and ultimately defeat the Communist menace that threatened not only economic freedom but freedom itself. If Communism were to have spread over the world, trade, among many other things, would have collapsed.

The U.S. has reaped many economic benefits as a trading partner with China. But China has become a global power by gaining access to the dynamic and robust economic system, and relatively free, safe and secure world that America has made.

China, in short, can thank the U.S. for creating the environment that allowed China to flourish. But it has not.

In the process of China’s boom, the U.S.-China relationship has unfolded in a way that contradicts the theories at the heart of American foreign policy, with very negative consequences.

China has taken advantage of its favored status as an American trading partner through manipulating its currency, stealing sensitive technology and valuable intellectual property and imposing unfair trade barriers, regulations and restrictions. Our trade with China has ended up neither free nor equal. None of this is to mention the related hardships that have befallen those Americans working in industries undercut by or outsourced to China.

Meanwhile, China has not reformed its political system. It remains a Communist nation that challenges America in its “near abroad” and globally, all while backing regimes hostile to us. As Chinese leader Xi Jinping has further consolidated his power, China has become less politically free, more combative towards the U.S. and increasingly aggressive in expanding its sphere of influence through its “One Belt, One Road” initiative and other activities from the South China Sea to Africa and beyond.

One of the centerpieces of President Donald Trump’s campaign platform was that China has taken advantage of us, and it must stop.

We are now starting to see the president’s views become policy.

The United States helped expand the liberal economic trading system to countries that did not share our values, in the hopes that these states would liberalize their economic and political practices and provide commensurate benefits to the United States. Experience shows that these countries distorted and undermined key economic institutions without undertaking significant reform of their economies or politics.  They espouse free trade rhetoric and exploit its benefits, but only adhere selectively to the rules and agreements. [i]

You can bet this paragraph was not missed in Beijing.

Nor was it ignored in Washington, D.C., as what the Trump administration is asserting flies in the face of what our “experts” have been arguing for over 40 years regarding China. This is another example of President Trump’s willingness to ruffle their feathers – his policies call into question the wisdom of the political establishment, and therefore threaten their authority.

What actions specifically has China taken hostile to American interests? The Strategy notes:

…China is using economic inducements and penalties, influence operations, and implied military threats to persuade other states to heed its political and security agenda. China’s infrastructure investments and trade strategies reinforce its geopolitical aspirations. Its efforts to build and militarize outposts in the South China Sea endanger the free flow of trade, threaten the sovereignty of other nations, and undermine regional stability. China has mounted a rapid military modernization campaign designed to limit U.S. access to the region and provide China a freer hand there. China presents its ambitions as mutually beneficial, but Chinese dominance risks diminishing the sovereignty of many states in the Indo-Pacific. States throughout the region are calling for sustained U.S. leadership in a collective response that upholds a regional order respectful of sovereignty and independence. [ii]

It is vital that the Trump administration acknowledged China’s malign efforts in a document of this importance.

First, it sends a signal to the Chinese that we understand their goals and strategies for achieving them, something critical when dealing with any competitor.

Second, it sends a signal to China that our “kindness” to this point should not be mistaken for weakness, nor should our inability or unwillingness to hold China to account be expected to continue.

Adversaries respect strength and resolve. China’s actions in recent years have indicated they believed we were lacking in both.

The Trump administration’s China course-correction indicates a measure of strength and resolve that has been missing. It could lead to a needed rebalancing in a relationship that has become all too one-sided.