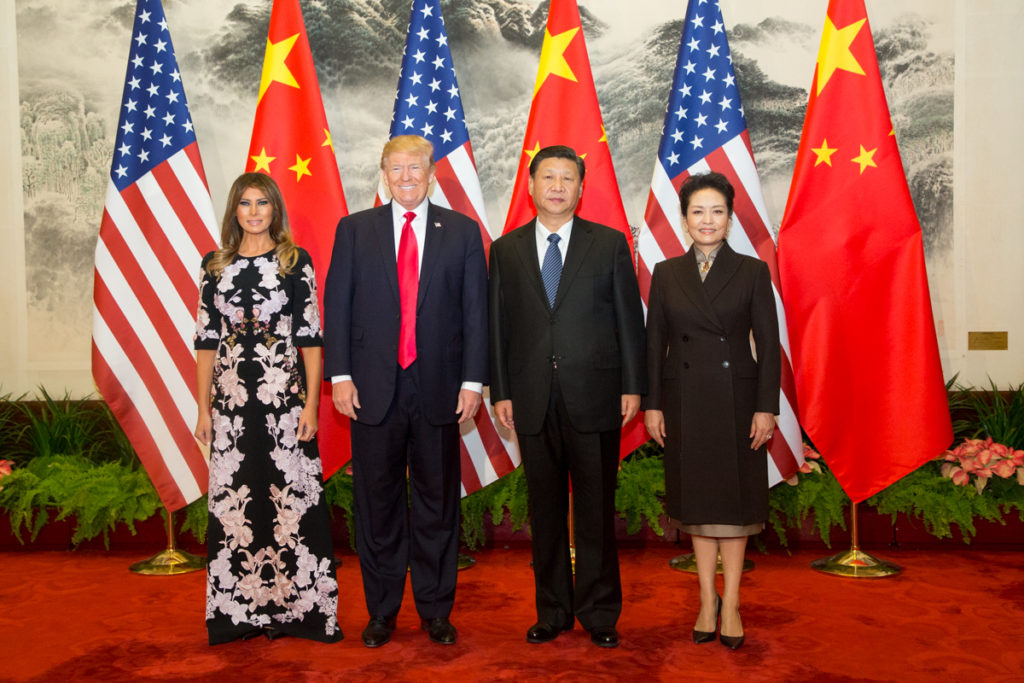 One way to measure courage is to ask whether someone does the right thing even when it’s the hard thing.

A courageous politician will champion an issue that could cost him votes based on principle.

He is courageous, though his critics won’t ever admit it.

Perhaps Trump’s most courageous effort is his attempt to rebalance economic relations with China.

Contrary to the “experts,” Trump has for years said that China is ripping America off on trade, and the way to fix it is through tariffs. Since the tariffs would hurt China’s economy more than ours, this would create leverage to force its leaders into playing fair.

This was like nails on a chalk board to the business community.

Tariffs are taxes. We pay for them in more expensive goods. And a trade war with our biggest trading partner could be catastrophic.

As an unapologetic capitalist, I would normally agree. But the reason I’m with Trump is that what we have today with China isn’t free trade. As I’ll touch on in a moment, the economic playing field is tilted in China’s favor. The current U.S.-China partnership may have gotten us cheap TVs, computers and phones, but at what cost to American workers, their families and communities, as well as to our national security?

By imposing tariffs, forcing a weakened China to the negotiating table, the president has put the long-term national interest over short-term political and business interests. That is how the CEO of a country should act. And if Trump can rebalance our relationship with China, it will serve the interests of everyone.

You know for decades we were promised that free trade would lead to a freer and more peaceful China.

Just the opposite has occurred.

The ruling Chinese Communist Party (CCP) is getting increasingly repressive at home.

Abroad, China is rapidly militarizing, rampantly spying and hacking and threatening Americans and our allies.

The CCP has funded these efforts by taking advantage of the generosity we showed it when we normalized relations with China, and granted it access to the global economic system we built.

To add insult to injury, China cheated. It has stolen hundreds of billions of dollars of American intellectual property. It has forced our companies to turn over treasured technology to do business on the mainland. Its government unfairly backs all its key industries.

The U.S. and China are not competing like Burger King and McDonald’s. It’s more like if McDonald’s copied Burger King’s recipes, stole its equipment and sold the exact same menu items for half the price — since McDonalds’ bankers didn’t care about being in the black, just putting Burger King out of business.

So when after months of trade negotiations, the Chinese recently reneged on the deal’s most important terms, Trump was right to throw up his hands, and walk away – but not before slapping still more tariffs on China.

Trump had everyone from financiers to farmers begging him to cut a deal. He said he’d rather have no deal than a bad one.

Trump has shown courage all the way around here in pursuit of the national interest: Courage to take on the entire political establishment with a policy it hated; to threaten rising financial markets; and to upset voters from Wall Street to Main Street, all with 2020 looming.

As more and more politicians come around to Trump’s position on China, maybe this courage will become contagious.

August 11, 2020
PrevPreviousNo Matter Your Opinion On Abortion, These New Laws Should Trouble You
NextWWII Museum GalaNext